Why Cloud Gaming May Not Be Right For You 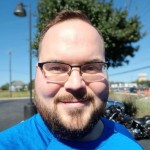 Even with Stadia turning 1 year old from the date of launch and many other cloud gaming platforms following close behind, many people are just now hearing about the concept. And just as soon as they hear about what Cloud Gaming is, they are quick to dismiss it. If you live or die on millisecond reactions, precision peripherals, and frames per second. Congrats! Cloud Gaming isn’t for you. Please take your toys and go home.

I’m in my thirties. I’m a software developer and between my job and my family, time is a luxury I don’t have. On top of that, I don’t have the disposable income or the desire to swing thousands of dollars at a new gaming PC. I had a decent rig (which was top-of-the-line 6 years ago) which I handed down to my younger brother. I have an iMac, a PS4, and as of November 2019, a Google Stadia.

My PS4 was the first console I owned since going through some life changes and getting back on my feet. It’s where most of my games are. I have great internet connection so downloading games isn’t an issue…until it is. I have the stock hard drive in my PS4, which is 500GB. I don’t have a problem swapping out games I haven’t touched in a while with games I want to download, but therein lies the problem. Time.

Despite having good fiber internet, it could take 15 minutes to an hour for a game to download (and sometimes longer with updates). And with putting my PS4 to sleep, sometimes updates didn’t install. I’m a patient person. If you want to just grab your controller and unwind for an hour, then you have to wait half of that time for an update. By the time you get around to starting a game…guess what? It’s way too short of a time to really dig in and get anything accomplished.

Small disclaimer here, I usually play single-player games and those are arguably the most challenging to “just put down” if you have save points that are spread out or sweeping cinematics that are vital to the story, but take up a good chunk of “actionable” gameplay.

Enter Stadia. As a technologist, the idea is riveting. I can launch an up-to-date game in minutes, that I just purchased minutes ago. My controller connects to Wifi, so it “follows” me around my house if I need to move my gameplay from the living room to the game room or the office. If I need to pop into ESO to claim my daily reward, I can do so from my phone. Then, transfer to my TV to finish my session for the evening.

Let’s face it. Stadia and cloud gaming in-general weren’t built for the top 1% or even the top 5% players. You know who you are. Stadia was built for the masses. Stadia wants to be inclusive and have broad appeal.

For people like me, Stadia is a dream come true. I don’t want to go out and buy a new PC just to play Cyberpunk. If I already have a PC, I don’t want to spend money on a new graphics card (which is arguably the cost of a new PC). Even on my PS4, I don’t want to have to wait for a game to install or download. With Stadia, gaming is extremely accessible and efficient.

I love technology. I talk about Git. I tweet about #Stadia. I love animals. Hufflepuff proud. My attention is undefined. @SublimeGeek#8319 on #GoogleStadia.

Darksiders 2 Rated for Stadia on USK