When is not enough games more than enough? 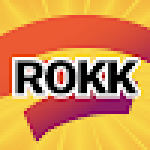 When I was a kid I lived above a fruit and veg shop that my folks owned. Every day would be filled with the most delicious smells of oranges, bananas, peaches etc. Yet curiously after a while I found myself becoming less and less interested in fruit! Having it all around in abundance just made it less desirable. Even to this day I struggle to get excited about it!

Fast forward 40+ years. Not so long ago, about nine months in actual fact, I had one PlayStation. That was it. If I wanted to play a game, I mean really wanted to play a game, I had to stump up £50 or £60. That one game had filled my head with desire for months before and I’d even book time off work to devote to exploring and completing. Most of the time (with notable exceptions) I was a happy gamer.

Fast forward nine months from then and something odd has happened. I’m not feeling the desire anymore – at least not as strongly. What’s happened? Fruit-and-veg-in-abundanceism – that’s what’s happened! You see, as much as we all crave that fix of excitement when the new title that we’ve stumped up £60 for finally drops; and as much as we all THINK we could have it magnified 100x if only we had access to a ‘Netflix’ of always available games – the truth is it doesn’t satisfy the same itch!

Right now I have Stadia Pro, Xbox Game Pass for PC and PlayStation Plus. Across all three accounts I have claimed to my libraries or have on demand access to, somewhere around 300 games – and I sit there like a rabbit in headlights struggling to get up the enthusiasm to play a single one of them.

A few days ago, for example, I succumbed to the hype and paid real hard cash for Ghost of Tsushima -fresh off the back of having completed another game I paid full price for – The Last of Us 2. A few days later I downloaded Grounded on PC via my £3.99 a month Game Pass for PC account. Now here is the thing – I’ve not really been enjoying Ghost much, it’s a pretty sloppy attempt at a Farcry in my opinion. But I’m still plodding away in it. Grounded on the other hand is a great little game that I really like. But having sort of completed the early stages I’ve had my ‘taste’ and want to move on to something else. The title I am enjoying less will get completed because I paid for it! The title I enjoyed more won’t because I didn’t.

Having access to hundreds of games will not make you happier, in fact, it will very likely have the opposite effect like it has with me. So, as the wise man once said, be careful what you wish for!

Amazon Game Studios On The Hunt for Talent in Europe

No More Heroes 2 Added to Luna +