Stadia’s Best Month Ever Kicks Off With A Bang!!!

The month of September is upon us, and if you read my previous article, you know that I think this will be Google Stadia’s best month in it’s brief history. I was not disappointed. Stadia has already kicked it off with some epic news. The new Pro Games have hit the store. New games have hit the store as well as a new Pro Deal, and there is also the announcement of a new Free Play Weekend for an existing game. Let’s get into it.

Let’s get the first bit out of the way. Stadia released six new Pro Games in the Stadia Store. Five of them are completely new games to Stadia. These games are Embr, Metro: Last Light Redux, Hello Neighbor, Super bomberman R Online, and Gunsport. Hitman has some bonuses which I will detail in a bit.

This is an epic lineup, and brings the total of Pro Games you can claim right now to 26. That is a lot. It’s the most that’s ever been available at one time. You also have to consider that Stadia promised “roughly” one game per month with Stadia Pro. Yet, here we have six games added, and 26 in total. They have over delivered on that promise. Not only that, Hitman comes with a Stadia exclusive exploding rubber duck.

As a big surprise, Hitman 2 was also released in the Stadia Store. This was a shock due to not having any information on the release date for this game. It is a welcome addition to a growing library of impressive games. The game comes with a Stadia exclusive Pinstripe Briefcase. It is available for purchase now at the launch week price of $29.99 (US) for Pro subscribers, and regularly for $35.99 (US) for non Pro subscribers. 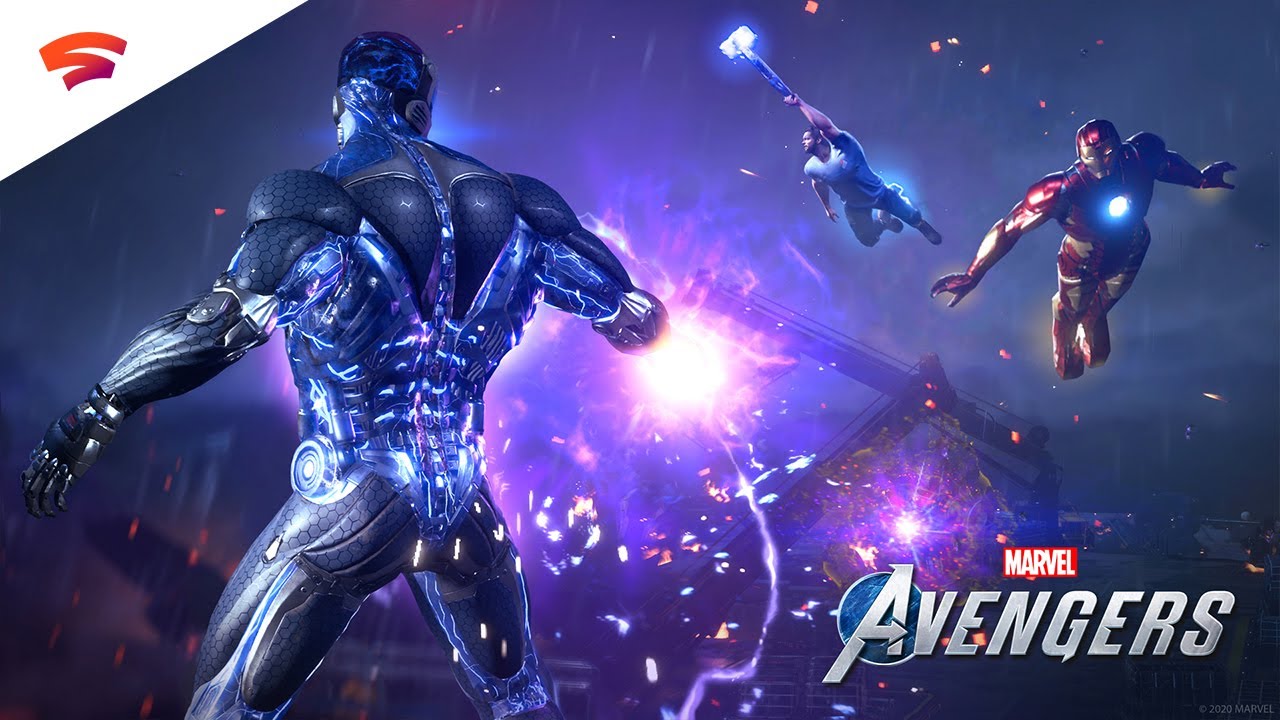 It doesn’t stop there. Today also saw the release of the highly anticipated game Marvel’s Avengers. The Deluxe Edition is available for purchase in early access for $79.99 and with the exclusive Marvel Legacy Outfit Pack, and Obsidian Outfit Pack. When the game officially launches on September 4th. You can purchase it for $59.99 with the option to purchase the Obsidian Outfit Pack.

Stadia also released an update to the Community Blog. In it they highlighted the latest news including the return of Free Play Days. This time the featured game is Ubisoft’s The Crew 2. This is big. The last one featured Borderlands 3. Beginning on September 3rd at 9 am PDT, though September 6th at 11:59 pm PDT, you’ll be able to play The Crew 2 all weekend long for free with your Pro Subscription.

There are still active Pro Deals, and deals for everyone, and lastly, Stadia announced a sale on the Premier Edition bundle that includes a Clearly White Stadia controller, and a Chromecast Ultra which allows you to play on your TV.

This is just the first day of an epic month which will see games like Serious Sam 4, and Dead By Daylight, as well as the launch of Crowd Play, and Crowd Choice. This month will end with the launch of early access for Baldur’s Gate 3. It is a GREAT time to be a Stadia player. Don’t forget that there will be a livestream of Super Bomberman R Online on the Cloudy YouTube channel beginning at 3 pm EST. Make sure you stop by and check it out.

Amazon Game Studios On The Hunt for Talent in Europe

3 thoughts on “Stadia’s Best Month Ever Kicks Off With A Bang!!!”