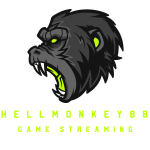 Another week, another 3 games drop on Stadia. AC Origins, AC Unity & AC Syndicate are now available in the Stadia store.

Assassin’s Creed Unity is an action-adventure game developed by Ubisoft Montreal and published by Ubisoft. Unity is the eighth instalment of the franchise. Originally released November 2014. This story is set in Paris during the French Revolution. The single player story follows Arno Victor Dorian in his efforts to expose the true power of the revolution. Unity was the first AC title to introduce cooperative multiplayer within the franchise. Up to 4 players could get together and engage in narrative-driven missions while exploring the open world map. Available now in the Stadia Store priced at £9.99.

Originally released October 2015, AC Syndicate is set in a Victorian era London. The story follows twins Jacob and Evie as they navigate the streets of organised crime and take back control of the city from Templar control. Players control the two lead protagonists throughout the game’s story, switching between them both during and outside of missions. Available now in the Stadia Store priced at £9.99.

Originally released October 2017 this was the tenth game in the franchise and the successor to Assassin’s Creed Syndicate. Set in ancient Egypt near the end of the Ptolemaic period (49-44 BC) The story follows a Medjay named Bayek, and follows the centuries-long conflict between The Hidden Ones & The Order of the Ancients. Available now in the Stadia Store priced at £16.79.